Each year we all sit down and take a hard look at areas in our lives we want to improve and change. After the year most of us had in 2020 there will definitely be a lot of that with this first week of the new year. For me I don’t like to make resolutions. Resolutions by nature are something which are fleeting moments and empty promises. Instead I wanted to make a commitment to something new and different all the while still sticking to something I know I am capable of alre
48 views0 comments

Legend says that once Jesse James & The Youngers hid out in these caves, what did they leave behind?
273 views0 comments

The Wichita Mountains is the home of a unique tower trail which is rumored to be HAUNTED!!
274 views0 comments

When traveling to the Redwoods there are so many amazing campgrounds to visit. I have been to the Elk Prairie area once before but was not
18 views0 comments

While many visit the larger parks Zion and Bryce Canyon there is a commonly overlooked stop located just between them, Red Canyon!
16 views0 comments

When searching in the area just beyond the frozen slopes of Aspen and Leadville, I found a series of listed campsites all located on lands which allow free camping. I am not one to pass up a good free campsite or at least a good look at one, so I made the trip and found as the snow subsided and the grounds became increasingly more green that the weather was shaping up to be very pleasant for tent camping. As I finally turned onto the unpaved road I cringed in fear of the road
29 views0 comments

Hiking The Incline; The Ultimate Challenge In Hiking

Ever want to train like the Olympians? Do you think you have what it takes to do one of the shortest and hardest hikes in the US?
42 views0 comments

Love a good hike or thinking about getting into hiking? The boots or shoes might be important but you might also consider a good once over of your feet before taking on a trail… You are probably looking at this article with a puzzled face at that statement, but a trip to the salon for a pedicure or even an at home spa day for your feet might just be beneficial before you take on a challenging outdoor activity like hiking. It really doesn’t matter if you are a man or a woman o
4 views0 comments

I recently planned a trip to South Texas where I planned to have an overnight stay at a new campsite. Before my trip I wanted to place an order for the Primus Power Trail Backpacking Stove, in an attempt to solve some of my needs for a minimalist option for camping which would offer even heating and cooking without adding a lot of weight to my hiking bag. I was a little worried I wouldn’t have the stove before my trip with only a couple of weeks between booking and estimated
9 views0 comments

Travel Style & Safety: How To Express Yourself & Not Raise Any Red Flags

Many times when traveling we are discouraged from taking along valuable jewelry. Let’s face it a lot of people in the world are less than honest and being flashy can create a big walking target on us which just scream “Money” or “Tourist”. For this reason may are left with bare wrists feeling less like themselves and like they are missing a piece of their personal style. But what if you didn’t have to do that? What if you could bring along stylish pieces which didn’t attrac
73 views0 comments

From Travel To Every Day: Reviewing The ICEMULE Classic Cooler

I cannot express how difficult it is sometimes to travel long distances with a cooler. I have found that along the way I am often annoyed by having to stop over and over again to drain ice and then refill ice on hot days in ill insulated coolers let alone if I am trying to take them with me into campsites they can be clunky and hard to maneuver. As a Ranger for the Dyrt, a popular campsite and gear review site, I am from time to time given the opportunity to test items and
5 views0 comments

I decided to visit this State Park during the last part of November, just before Thanksgiving when the leaves were putting on their final showcase of the season and casting their amber and red tones everywhere. It was absolutely breathtaking to pull into the park and start to see this area unfold around me. Eisenhower is named for our former president, Dwight D Eisenhower, who was born in nearby Denison, Texas. Opened in 1958 to tourists as a Texas State Park, the area
0 views0 comments

I recently received an exciting package from Aftershokz to test their Bone Conduction Technology provided in their Trekz Titanium. I was very excited to find a product that answered some of my most pressing questions when camping, hiking, working out and adventuring. How can I hear what is around me if I have in an earbud? How can I comfortably listen to music for extended lengths of time? Can I have something which is reasonably fashionable to listen to my music? The Bac
28 views0 comments

Check Out The Brand & Get Exclusive Deals: CLICK HERE Sometimes I am sent items to test along my many travels. I recently received an exciting package from Mountain House, an amazing company which provides food selections for hikers, preppers, travelers and even military usage in simplistic freeze dried form. I was very eager to pop open the package and get to cooking to find out just what kind of flavor could be packed into such a small package with minimal prep or clean u
4 views0 comments

While traveling you probably have seen more than a few little rocky towers dotting the sidelines of the trails you have been hiking or roadsides you have traveled. But what are they and why do so many people feel the need to leave these behind? Known as tributes, memorials or cairns the rock structures created by travelers are used to pay tribute to others, mark the landscape and serve as a point of reference or a tower for wish making. They are a human made stack of rock
4 views0 comments

When I was searching for family friendly trails for myself and my travel companions, I started seeing the rumblings of White Owl Canyon at Lake Mead Recreational Area. A slot canyon, located just off Hole 33 at Lakeshore Road, the roundtrip 2 mile course seemed to be one that would be pretty simplistic to conquer. When we arrived there was a little confusion as to where the start of the trail actually was since there was no trail marker. We had looked as to where the GP
5 views0 comments

The area of Lake Mead and the Hoover Dam is surrounded by adventure. Be it hiking, water sports or camping, there area is just waiting to be explored. After taking on the Historic Railroad Trail only a few days before, we decided we wanted to up the intensity and take on a hike that was a bit more of a challenge. After exploring the many options in the area we kept circling back to one which intrigued us, the Arizona Hot Springs Trail. We weren’t aware at the time we decid
36 views0 comments

When searching for great hikes in the Las Vegas area the possibilities can be a bit overwhelming. So where do you start? What trails make for the most dramatic bang for your time? And what else should you know? I began my search close to Lake Mead where the Lake Mead Recreational Area, a recognized national park area, listed numerous trails just waiting to be conquered. One of the most compelling I seemed to circle back to time and time again on my search was the Histor
13 views0 comments

It is about time for me to once again hit the road, this time for my last big camping trip of the year. The air is crisp and cooler and before the leaves of fall begin to truly fall I wanted to get out and explore the beauty around me with a very unique and challenging trip. Heading out toward Colorado from my Texas home I intend on seeing fall in its most amazing form through the leaves and trees which play host to golden tones mixed with amber hues. Unlike many areas of
8 views0 comments 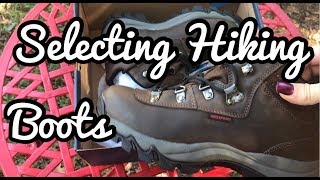 What is in a shoe? Your shoes are the one item essential for setting the tone for any given activity. With the wrong tone set your journey through your activity can be less pleasurable be it a simple walk, hitting the hardwood for hooping or hiking a mountain. If you are ill equipped for a journey your feet, aka your foundation, can become your worst enemy. I have been traveling and hiking for the greater part of half a year now. I have done so with sneakers, which whi
3 views0 comments
1
2
bottom of page